Are You Ready to Crowdfund?

Yesterday’s amazing Crowdfund Scotland launch in Stirling was held alongside the first of many workshops planned to be held over the next two years.  These workshops are designed to enthuse, inform and spread the message about the new Crowdfunding Coaching programme which has been funded by LEADER.  The project itself involves recruiting a team of locally based Crowdfunding coaches to work one-to-one with groups and businesses on their campaigns, but it’s what that coaching can unlock which is truly amazing.  It can make the difference between a campaign maybe working (estimates of 35% of ‘raw’ Crowdfunding projects being successful compared to 95% of coached Crowdfunding projects – that’s quite an impressive difference).

At one end of the spectrum we were hearing about Glen Wyvis distillery as seen in the photo and their £3.5 million successful Crowdfunding campaign (I think through Community Shares) and at the other was a small jewellery making business who raised the £3k they needed to buy the equipment to get their business off the ground.  We also heard about the inspiring Cycling Without Age project which started in Falkirk aims to reduce social isolation through taking elderly passengers out from care homes for trips on a piloted tri-shaw – how cool is that?  They raised £43k to buy the tri-shaws they needed to get going. 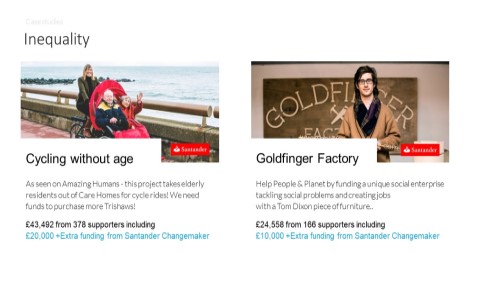 The audience at yesterday’s workshop was deliberately business advisors, LEADER staff, LAG members and community support workers from all the participating areas – people who can start spreading the word about the coaching scheme (the crowdfunding “crowd”) but also to learn what can be achieved, how Crowdfunding works in practice and who might benefit most from it (although to be honest, it seemed like all kinds of project and all kinds of groups or businesses).  To benefit from the coaching scheme you need to be in a LEADER (rural) area but anyone can go on the Crowdfund Scotland platform and use the online coaching tools. 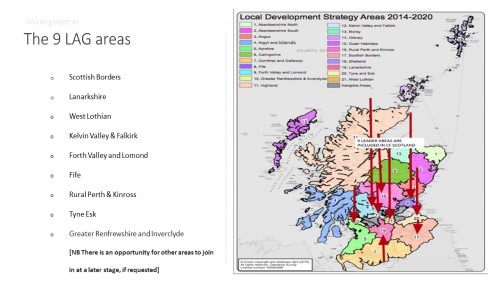 Crowdfund Scotland will have a base in Stirling – the exact location is to be confirmed as the recruitment of coaches is still underway – although reassuringly we will be well looked after by Bertie for the first few months who is one of the senior coaches in Newquay and has agreed to be based with us to bed in the new team.  Bertie has crowdfunded himself and we were invited to see the totally inspiring video he produced recently based on crowdfunding campaigns he has personally been inspired by – check it out here  https://www.crowdfunder.co.uk/crowdfunder-stories

It was also good to know that the coaches will be able to help with the production of videos for campaigns as they seem to be key to the success of those campaigns. Ok maybe that’s not true, it’s the people behind those campaigns that are key, but sometimes you just don’t get to ‘see’ them in a 2 minute video so having someone help you draw out the important messages in your sales pitch will be incredibly useful.

So the next step is start finding the projects who are interested in running a Crowdfunder campaign – some groups we already know about – in fact some of you were at the launch yesterday.  But if you know of any community groups or businesses (established or aspiring to set up) please put them in touch with #CrowdfundScotland.

Alternatively if you would like to attend one of the workshops, drop us an email and we'll let you know when the next workshop is scheduled info@fvl.org.uk