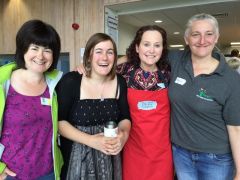 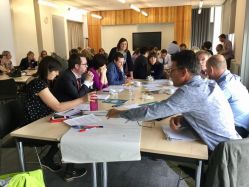 The Stirling Food Summit, May 19th-20th, provided a chance to get all sorts of people around the table to discuss the future of food in the Stirling area - from food producers to public bodies, individuals to third sector organisations, communities to businesses. Together, the Strategic and Community days of the Summit welcomed over 200 people to celebrate the regions' food successes, discuss our collective vision for food, learn a little more about good food, and (of course) eat some delicious, healthy, local food together!

It's clear there is no shortage of inspiration, excellent ideas, and enthusiasm about good food in the region coming from public, private and third sectors, as well as from individuals and communities. Below (the orange and blue buttons) are summaries of what was said on the day, all of which will feed into the Local Food & Drink Strategy that is in development.

The discussion sessions for the Summit were structured around the Scottish Government priorities for food - the "Good Food Nation" themes of Knowledge, Environment, Prosperity, Social Justice, and Health.

These are summaries from each day of the Stirling Food Summit, have a wee look:

From the Stirling Council press release of the event:

"The Stirling Food Summit set out a vision of Stirling as Scotland’s first Good Food Nation city and region, where food joins together the region’s ambitions for its economy, environment and communities.

The 2-day event was opened by Stirling Council Director of Localities and Infrastructure, Alastair Brown:

He said: “Bringing local communities, businesses, voluntary groups and public sector organisations to work together on food in the Stirling area is what true sustainability is about and the Council is delighted to be given the chance to do our bit to enhance the social, economic and environmental benefits that Stirling can derive from this.”

Carol Beattie, Stirling Council Head of Economic Development said: “The summit is a fantastic springboard for Stirling to become a leader in the Food and Drink sector. It reflects our ambitions for the area with our City Region Deal and the innovation and collaboration that underpins it.”

The Good Food Stirling report, commissioned by FEL, from Nourish Scotland ahead of the summit revealed that each week the population of Stirling spends around £2,500,000 on household food and drink (excluding alcohol). But that around 95% of grocery shopping is done in supermarkets, leaving local producers unsupported.

Clara Walker, Director of Forth Environment Link said: “Stirling has the urban and rural resources to become an exemplar region that is good with food. We have enough land to produce much more of what we eat locally, just 10% of our arable land would be needed to produce 5 portions of fruit and vegetables for everyone in the area. We are already working towards a better food system for everyone. We launched Stirling Food Assembly last September, where farmers receive 80% of the price of the produce, and we run a range of growing and cooking projects across the city with our partners. However to establish a city region that is truly good with food, a lot of change still needs to happen.”

Some of the recommendations coming out of the summit include a weekly covered market in a central location, developing a local food wholesaler and making more spaces available for community growing."

Some photos from the Stirling Food Summit 2017: 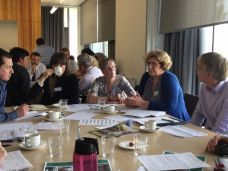 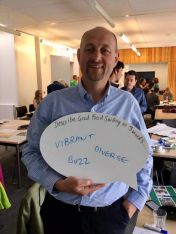 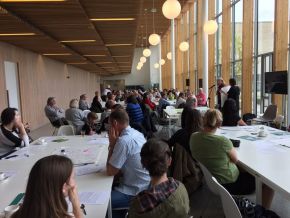 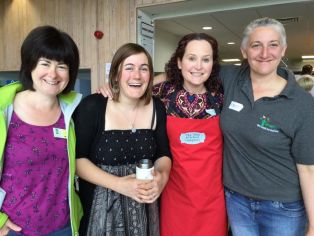 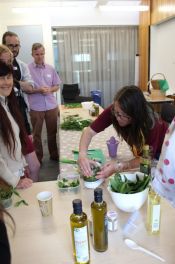 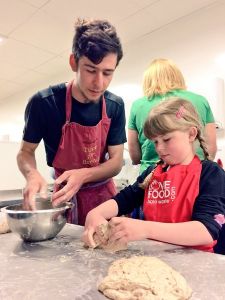 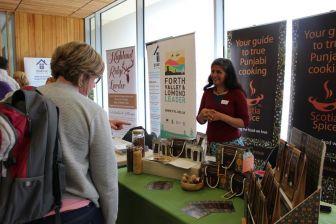 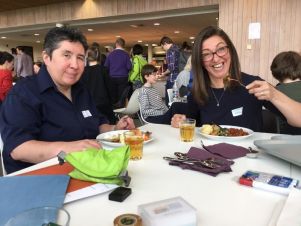